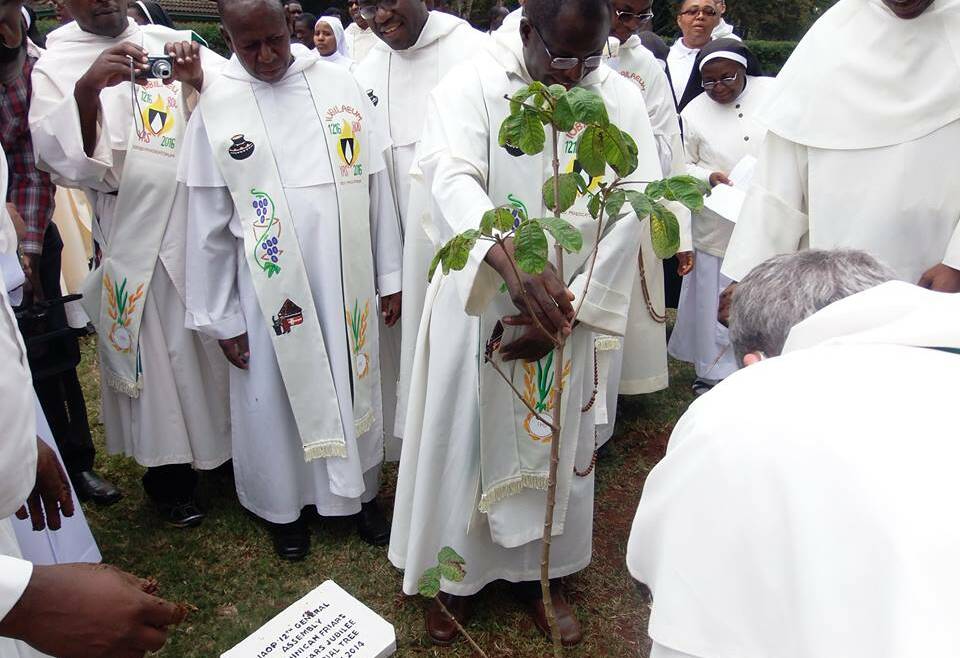 At the initiative of the Master of the Order, the late Bro. Vincent de Couesnongle. Dominican brothers living in sub-saharan Africa, met at Ibadan (Nigeria) in April 1976. This first General Assembly of the Dominicans of Africa proposed the creation of a structure to promote collaboration and mutual support among all the brothers working in sub-Saharan Africa. It was called INTER- AFRICA O.P., abridged as IAOP.

OP has a communication bulletin called AFRIDOMS. It’s a semi-annual  Magazine published electronically (and no longer in hard copy), under the responsibility of the Coordinator of IAOP. It is published both in French and English.

Since some information can quickly become out-dated, the IAOP provides bothers with news snippets through a bulletin called AFRIDOMS FLASH.

Catalogus. At the end of the 4th quarter of every year, IAOP publishes a catalogus of the Dominican brothers and sisters in Africa.

The Inter-Africa may undertake to publish other bulletins or works, especially acts from conferences and seminars.

Since its establishment in 1976, the IAOP has seen its highest priority as formation. Noviciates and Studentates are considered as Inter-African Centres for Formation; and the IAOP encourages the regrouping of students in philosophy and theology in these centres. Institutional studies up until ordination are done in Africa.  One counsellor of the Coordinating Committee of IAOP is in charge of formation. His role is to take responsibility for promoting collaboration and sharing information regarding formation, including the respective Rationes Formationis Particularis, for organising student meetings, and for promoting on-going formation of formators.

The IAOP has also a Commission for Intellectual Life chaired par the Counsellor for Intellectual Life. Its tasks are: to facilitate collaboration and exchange of teachers, students, and publications;  to plan colloquia, study sessions, and research projects; to allocate to the entities scholarships for complementary studies offered to IAOP. The Commission meets at least once every three years.