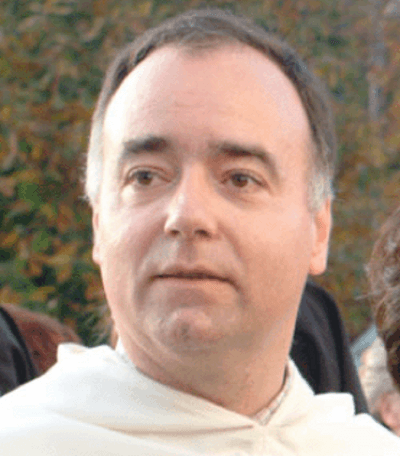 The Master of the Order, fr Bruno Cador has confirmed the election fr Philippe Cochinaux as the Prior Provincial of the Vice Province of Belgium.
Fr. Philippe was born in 1962 in Wilrijk, Belgium. He had his secondary education at the College Cardinal Mercier at Braine-l’Alleud. While studying in the Law School, he entered the Order in 1984 and had his novitiate at Strasbourg. He was ordained to the priesthood on 1990. He completed his studies in Law after his ordination and also did some studies in philosophy. He went on to study theology at Oxford in England and later defended a doctoral thesis at the University of Louvain-la-Neuve.
From 1990, he worked as a chaplain at Covenant House (New York) with street children, young drug addicts and prostitutes. Back in Belgium in late 1992, he worked at the Philosophy of Law Centre of Louvain-la-Neuve. For over three years, he gave lectures and seminars on Fundamental and Sexual Morality at several institutions in the US and Canada. He also lectured at the Dominican formation houses at Kigali (Rwanda) and Bujumbura (Burundi), the Faculty of Psychology and the Faculty of Pastoral Theology at the Catholic University of Leuven.
He has been involved in pastoral works at the parish of Ste Croix and St Etienne at Rixensart, Saint-Luc Clinics in Bruxelles and with the students of Liege. He has also been involved in the preaching of retreats.
February 2001, he was elected prior of the community at Froidmont. He resigned from this office when he was elected Vicar General of the then Vicariate of South Belgium in October 2002. He was re-elected to this office on 2006.

Fr. Johannes Bunnenberg, OP is Reelected as Provincial of Teutonia

Msgr. Konštanc Adam, OP is sworn in as Judge of the Roman Rota