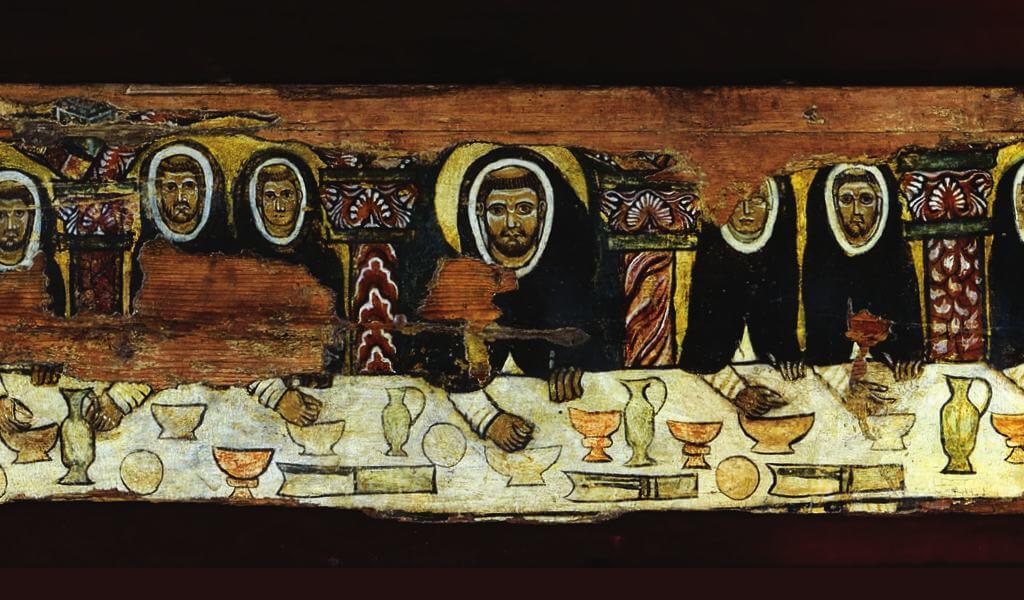 The table kept in the Church of Santa Maria della Mascarella in Bologna is an invaluable testimony of the history of the Order of Preachers. This is the first depiction of St Dominic ever painted, or at least the oldest that has come down to us. Dominic is shown with a halo, facing the viewer, seated at a lavishly laden table with 48 brethren.

This extraordinary iconographic value is accompanied by another, of a cultural nature: according to a 15th-century Bolognese tradition, the table in question is to be identified with the refectory table at which St Dominic sat and multiplied loaves of bread for his brethren.

The miracle of the loaves was recalled by Br Rudolph of Faenza at the Process of Canonisation in Bologna (1233): “Item, he said that whenever the house ran short of bread, wine or any item of food, the witness used to go to Dominic and say: ‘We have no bread – or wine.’ He would answer: ‘Go and pray, for the Lord will provide.’ So the witness would go to the church to pray, often followed by Brother Dominic. God heard them, for they always had enough to eat. Sometimes, at Dominic’s command, the witness took the little bit of bread they still had and put it on the tables, and the Lord supplied the lack”, and in the hagiographies of Dominic. According to the most popular version, two friars were sent out to beg, but they came back to the convent without having collected anything. So St Dominic prayed to the Lord, and two angels appeared in the refectory, carrying two cloths loaded with bread: this is recalled by Constantine of Orvieto, Humbert of Romans, Jacopo and Blessed Cecilia.

Thus the Mascarella Table can be considered a relic of contact, touched by the body of the saint and by the miraculous bread brought by the angels.

On the basis of style, the Mascarella Table can be dated between the fourth and fifth decade of the 13th century. It may have been painted after St Dominic’s canonisation (1234) as a form of tribute to the saint, who died in Bologna in 1221.

A somewhat troubled physical history has caused the loss of the original appearance of the work, but this can be reconstructed. It was originally extraordinarily long, at 5.76 metres. Its height, in contrast, has remained almost unchanged, and is about 44 centimetres. Moreover, there was once an inscription, now lost, along the lower edge of the wood. Lastly, there must have been forty-eight friars originally shown together with St Dominic, but today there are only forty.

The painting shows St Dominic and his brethren at a table richly laden with loaves and various objects such as plates, knives, pitchers and wine glasses. A series of abundantly decorated arches and columns frames the friars in groups of two, with the exception of St Dominic, who alone occupies the space shared by a pair of friars. St Dominic does not emerge forcefully among the other friars: his figure is differentiated only thanks to the greater dimensions, the central position and the halo.

In this oldest portrayal we have of St Dominic, he is shown as one character in a narrative scene, not as an isolated iconic figure. The fact is that the Mascarella Table seems to celebrate the Order of Preachers as a whole, rather than its founder. In this sense, Dominican iconography is clearly distinguished from its Franciscan equivalent, which is designed to exalt Francis as an extraordinary individual. In contrast, Dominic is often portrayed among the other friars, as a primus inter pares.

In 1332, the Mascarella church was to some degree refurbished, and on this occasion the Table was re-painted. The 13th-century painting was covered and in consequence forgotten, while a new image was painted on the reverse of the wood, which had till then been left unadorned. The 13th-century image shows a general, convivial scene, whereas the 14th-century image portrays the miracle of the loaves narrated by the hagiographical sources.

St Dominic is sitting at table surrounded by twelve friars, while two angels bring the loaves. This iconography recalls the pictures of the Last Supper, where the twelve apostles are shown at table with Christ. In this way, the Dominican community of the origins is associated to the apostolic community, and St Dominic is likened to Christ. The original image merely suggested this parallelism, presenting, with Dominic, forty-eight friars (a multiple of twelve).

The 14th-century re-painting answered a demand for updating in not only iconographic but also stylistic terms. The linear, fluid forms of the new representation are in contrast with the monumental nature and the seriality of the 13th-century original. In its new version, the work came closer to the taste of 14th-century Bologna, which had been formed on the fashions of contemporary Gothic art.

The history of the table as a sacred object

The first occasion on which the table is identified with that of the miracle of the loaves is to be found in the Cronaca (report) by Jerome Albertucci de’ Borselli, prior of the Bologna Dominican community (1497). On 14 November of that year, the Bolognese friars attempted to steal the Mascarella relic and take it back to their own premises. Fileno della Tuata, the Bolognese chronicler who lived at the time of this episode, writes of a dispute between the friars and the parishioners of the Mascarella, who retrieved the table and carried it back to their church in procession.

The attempted theft, paradoxically, confirms that the table was considered a relic. Later Bolognese sources vouch for its religious value, giving rise to a solid local tradition. It may be that the friars of the local convent of San Domenico were moved by a desire for centralisation: the Mascarella Table was the only Bolognese relic of St Dominic not to be kept in their basilica, where the saint’s body lay.

The Basilica of San Domenico and the church of the Mascarella are the two main points of local Dominican geography. At the beginning of 1218 the original Bolognese Dominican community had been established in Mascarella, but in Spring 1219 they moved to the convent of San Domenico, then known as San Nicolò delle Vigne. The Church of the Mascarella is a commemorative location linked to the Bolognese history of the Order, while the Basilica is a holy place in that it holds the bodily relics of Dominic.

It is only in the Bolognese sources that the miracle of the loaves is situated in the Church of the Mascarella, in the firm belief that this table was the one on which the miracle took place. In order to overcome the contradiction with the hagiographies, some local sources distinguish between two miracles that occurred in Bologna: they say that in Mascarella the angels brought loaves, whereas in San Domenico they brought bread and figs. Vincenzo Spisanelli’ predella in the Choir of the Basilica of San Domenico bears witness to this belief with a single iconographic image: the painter shows the miracle that occurred at San Domenico showing four angels, one of whom is carrying a basket of figs.

Prior to the attempted theft, that table hung in the church from a beam, as Leandro Alberti testifies in his 1541 Historiae of Bologna. Later, it was laid against the wall in a chapel dedicated to Our Lady and to St Dominic, placed on the right in the presbytery and protected by a grating.

In 1823 the table was moved to the second chapel on the right, dedicated to the Assumption of Mary. On that occasion, it was sawn into three parts of equal size folded on one another, the intention being to divide off the 14th-century painting of the miracle of the loaves. This resulted in the tripartition of the 13th-century convivial scene, painted on the opposite side and at that time hidden from sight.

On 19 December 1881 the table was temporarily transferred to the room which housed the Confraternity of the Most Holy sacrament in Mascarella. In 1912, the table was moved to the chapel of St Dominic, built to the left of the main altar. In 1923 the two surfaces with their paintings were permanently separated: the tripartite 14th-century painting was transferred to canvas, while the 13th-century image remained on the original wooden surface.

The Table today and its possible theological meaning

Because of its status between work of art and sacred object, the physical history of the Mascarella table proves to be particularly complex. The 14th-century painting is in the third chapel on the left in Mascarella: on the wall hang the three canvases that resulted from the subdivision of 1823 and its transfer on to canvas in 1923.

The 13th-century painting has been reduced to six pieces. Two of the three parts that resulted from the 1823 operation are kept with the three canvases in Mascarella, one above the other as altar frontal. This, in the original state of the work, was the central part, in which Sat Dominic is depicted, and the part to the observer’s right.

The left-hand part is divided in four. The first, showing five friars, hangs in Mascarella with the other three canvases. The second, which bears no image but originally was painted with eight friars, has been in San Domenico since 1931, in the cell of the Master Moneta. The third, with two friars, has been held since 1961 by the Museum of the Basilica of Santa Sabina in Rome. One last fragment, bearing the image of a single friar, has been lost.

As stated earlier, The Table shows, in the centre, St Dominic with his halo, with on either side a series of niches with pairs of friars preachers, all sitting at the table, overflowing with loaves. As they are portrayed by the anonymous artist, the friars seem to come from all over Europe: perhaps the painter had seen them on the occasion of a General Chapter (at that time the General Chapters were held alternately in Bologna and Paris). The meaning of the painting may have been inspired by the Prologue to Pietro Ferrandi’s Legenda, inspired in its turn by the Bull of Dominic’s canonisation, Fons Sapientiae (1234, Rieti):

“Once God, in various places and in many ways inviting his chosen ones to an eternal banquet, in the last days, or at the eleventh hour, sent his servant to tell the invited ones to come, for everything now was ready. In St Gregory the Great’s interpretation, this servant is an Order of preachers, who must be sent, in the last times, to warn the souls of men of the imminent arrival of the Judge. Scripture in fact preannounced that there would be a new Order of preachers, and clearly expressed that [this Order] must be sent at the end of the world, saying: ‘He sent his servant at the time of the banquet’.  The time of the banquet is the end of the world, that is, in the last days. […] These are the Preachers: divine Providence foresaw their Order for the perils of these last times, so that, while judgment is approaching for the one to whom, in humiliation, judgment has been denied, the number of witnesses may increase.”

This, then, is the oldest image of what, at the time of St Dominic’s canonisation, may have been his own understanding of their mission within the Church on the part of the Order of Preachers. 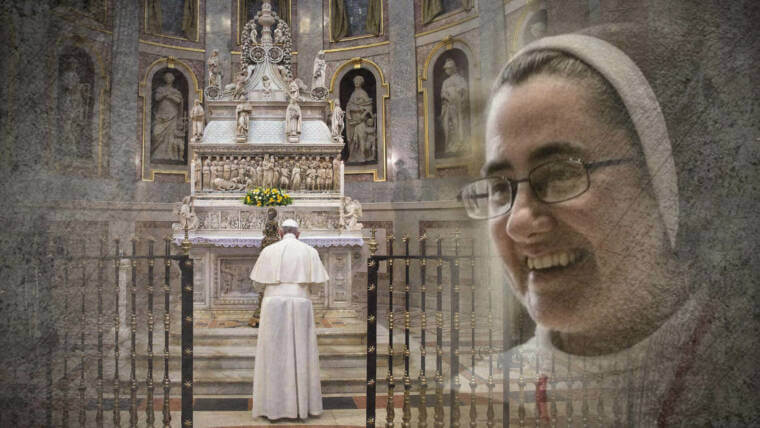 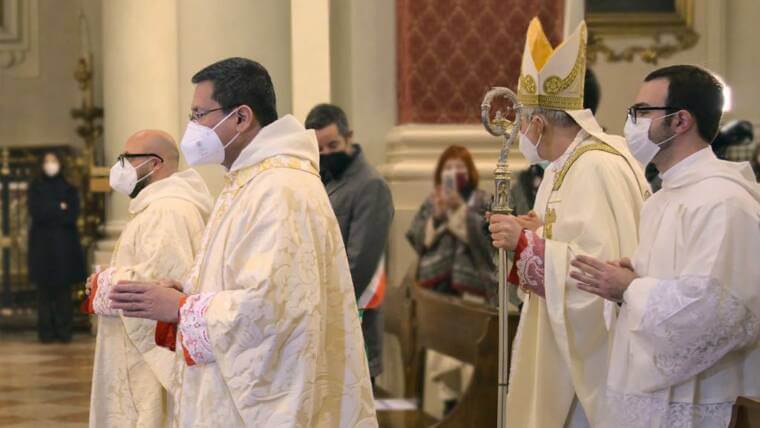 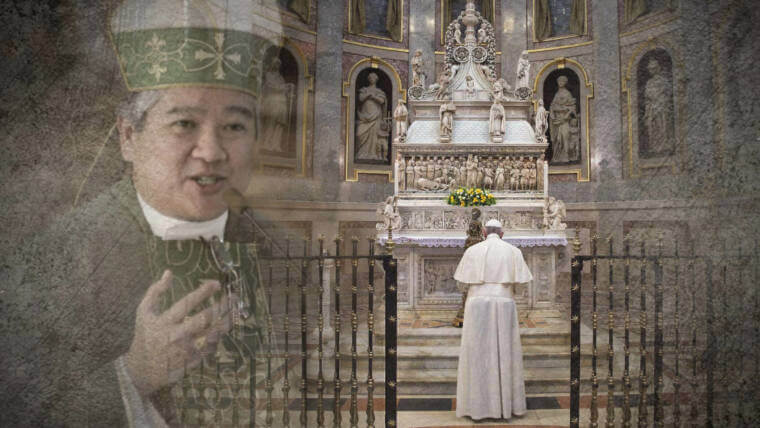 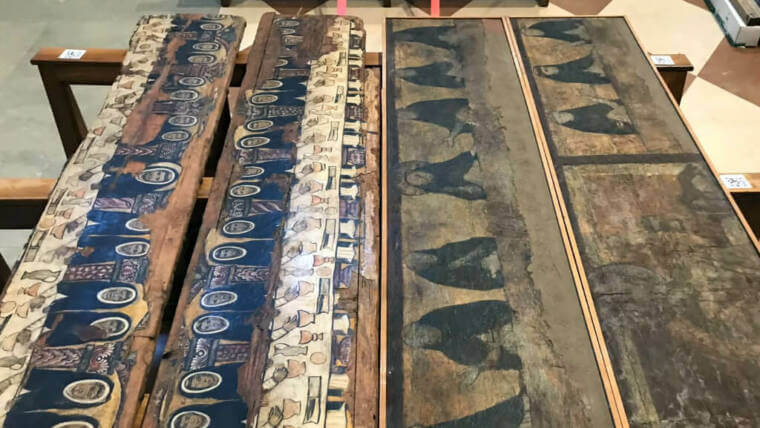