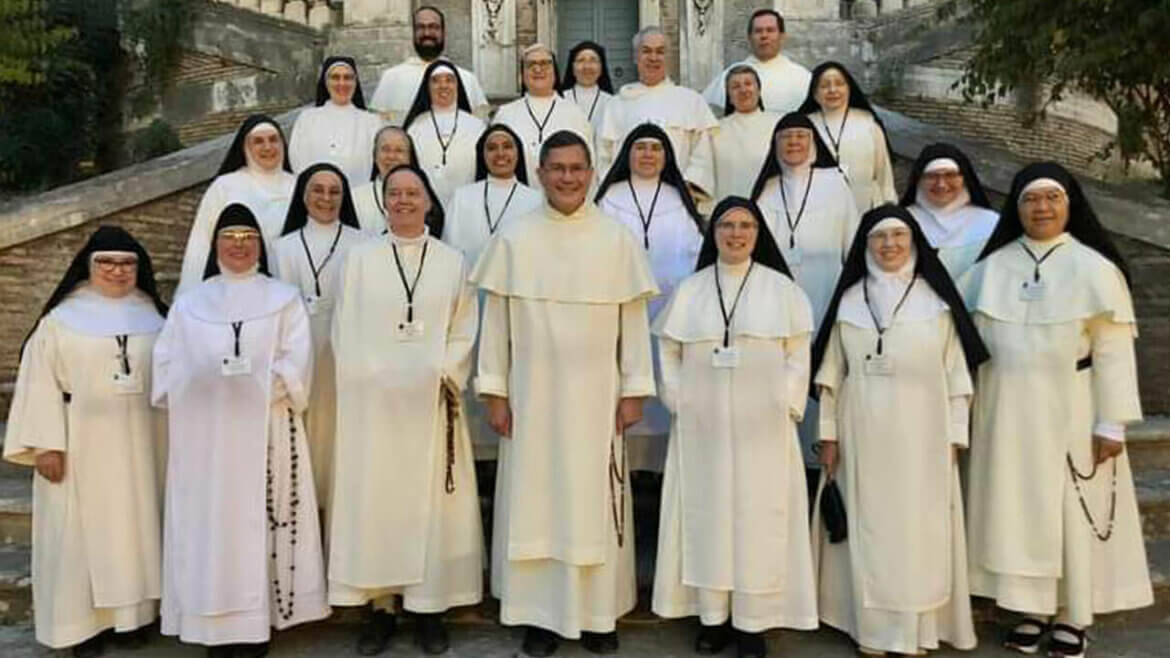 The CIM meeting finally took place in person after the Covid-19 crisis and a Zoom meeting last year. We met with great joy and hope in the Lord of Life, in the “Casa El Rosario” of the Dominican Sisters of the Presentation, in Rome from the 8th to the 16th of November. We had not been able to hold such a meeting for two years and it was with great excitement that we were able to experience our meeting. It was the first time that the Federal Presidents of the 18 Federations/Associations were called together. Eleven presidents and seven delegates were present. Also present were the Secretary and the person in charge of “Monialibus”, the three representatives of “Spem Miram” (one of them Federal President) and the General Promoter of the Nuns.

We began with the welcome expressed by the Promoter General of the Nuns; he exhorted us to unity and communion in our works, as sisters from different countries and cultures. We were enlightened by Psalm 132:1, “Oh, how good, how sweet to dwell together, brothers and sisters!” as well as the invitation of the Lord Jesus to unity so that the world may believe (cf. Jn 17:21). We were invited to share and walk together in synodality, as Pope Francis and the Church ask today. Afterwards, each sister introduced herself and expressed something of concern to her federation.

The Master of the Order, Brother Gerard Francisco Timoner III, OP, gave us a presentation on “The Order Today”, reminding us that the Pope is well informed about the Order as seen in his document: “Preacher of Grace” on our Father St. Dominic in which he mentions all the branches of the Order. He told us that in the Dominican family there is a synchronic and diachronic relationship. He stressed the centrality of prayer and community, as well as our common future, but, he added, it is important to look at history with a critical eye. He pointed out that, if there is an imperfect Book of Constitutions of the Nuns (LCM), it can be improved by statements of the Master of the Order (MO) and other means, such as the Directories, and he invited us not to be slaves of the law. Finally, after answering questions, he asked us two questions: “What is there to say about my community for the future?” and “What do I appreciate about my Federation?”

The Procurator of the Order, Brother Benjamin Earl, OP, clarified the issue regarding the process of revision of the Constitutions, answered questions, clarified that the revision commission group is not perfect, but it is necessary and invited to be creative in the application of the Apostolic Constitution Cor Orans (CO) to the community. Paola Panetta, OP, representative of “Spem Miram Nuns” told us about this commission; she commented that they finished their term in 2019, but they are still in charge because of the pandemic and that new elections should take place in this meeting. The following were elected: Coordinator: Sister Ma. Belén (Spain), Sister Ma. Catharine (USA) and Sister Augustine (Philippines). Sister Mary Rose (USA), Sister Paola (Italy) and Sister Inmaculada (Spain). Sister Lioba (France) was re-elected as Secretary and Sister Merete (France) as representative of the Dominican Family.It was agreed that due to the busyness of the Federal Presidents and costs, the CIM will now meet every two years.

The representative of the nuns to “Justice, Peace and Care for Creation” was discussed and no one was appointed as it was felt that the mailings from the International Commission for Justice and Peace to the federal presidents and from there to the communities is sufficient so as not to duplicate the information. Sister Lioba was re-elected for the bulletin “Monialibus” and congratulated for her dedication and commitment to the publication. SisterAlicia (Mexico) was appointed as editor of the bulletin. Two recommendations from the Acts of the General Chapter of Tultenango, 2022, were voted on in relation to the nuns: n.334 was accepted, concerning a contribution to the Curia by Spem Miram for the trips, procedures and consultations they carry out on behalf of the nuns; the other, n. 335 was not accepted, concerning a contribution to the Curia for the Fund of the friars in formation.

Another point of discussion was the possibility and advantages of MO surveillance of the monasteries. It was commented that both possibilities have left good experiences, both on the part of the bishop and on the part of the Vicar of the MO. A work was also carried out in language groups: Spanish and English, on three questions: What inheritance is being left to the new generations? How to avoid the temptations of self-referentiality and the struggle for survival? What is the significance of the dual expression “cloistered nuns or contemplative nuns”?

The sharing was very interesting and enriching. During the days of the meeting, we were able to visit St. Clement’s friary of the Irish friars, the Pontifical University of the Angelicum and to attend a Eucharist in St. Peter’s Basilica.  We ended with an evaluation of the meeting and a big thank you to our brothers who did a magnificent job of translation: Bro Rafael Jiménez and Bro Antonio Medialdea. We also gave special thanks to Brother Orlando Rueda, OP, Rector of the International Convitto, for having allowed us to hold the CIM meeting and for the pleasant walks that some days, after lunch and supper, he led with the sisters who appreciated him so much. Finally, the location of the next CIM Meeting 2024, either Caleruega, Spain or Estavayer-le-Lac, Switzerland, was discussed, but nothing could be finalised yet for lack of more specific information. This will be determined as soon as possible. I thanked all the sisters for their excellent disposition, apologised for the mistakes and thanked God for the help he gave us in the preparation and realisation of the meeting. 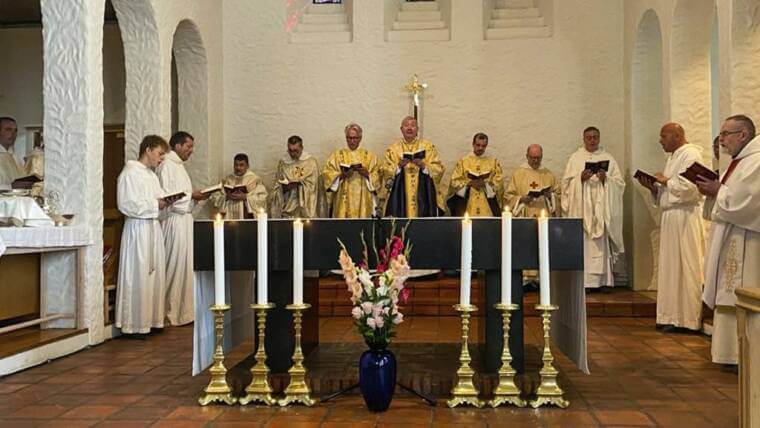 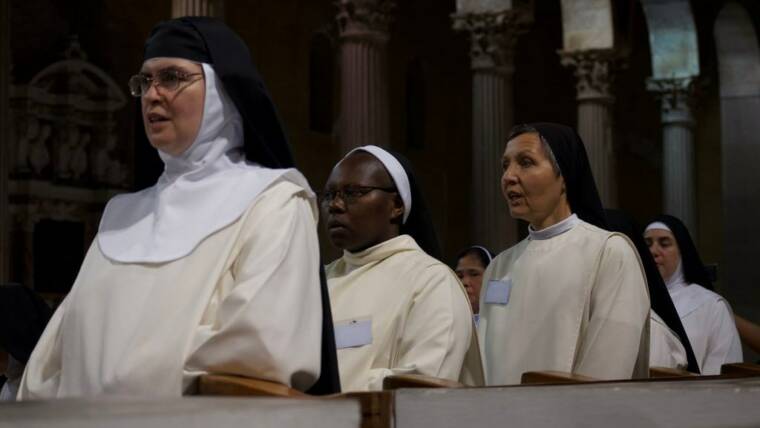 Online meeting of the International Commission of Nuns 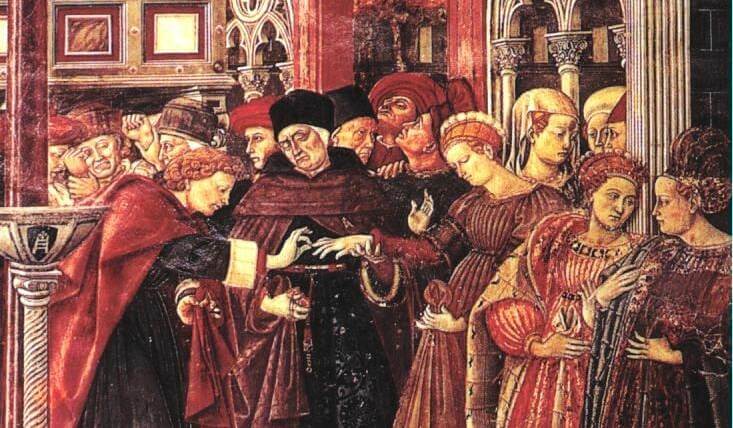 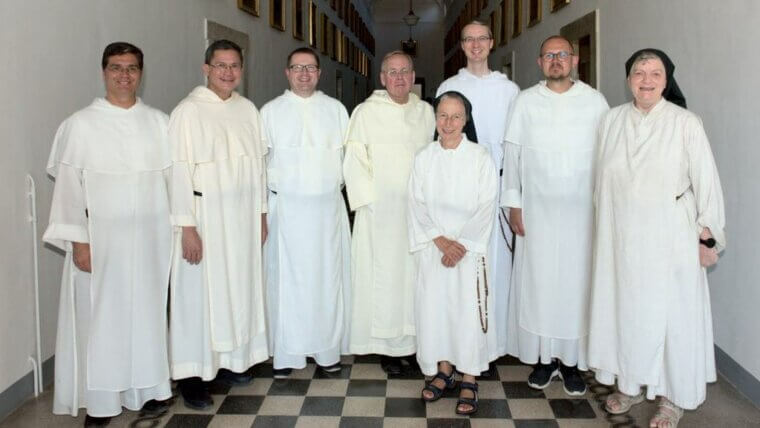