Preaching of August 7, 2022
The Book of Wisdom is arguably the most Dominican book of the Bible

In its chapters we see the author contemplating the working of God in the early history of the people of Israel. We also see him listening to the culture in which he lives, a culture of great religious and philosophical upheaval – and seeking to express the meaning of those great historical events in ways that people would understand.

Later in the chapter from which our first reading is taken, he will speak about the Divine Logos, the Word of God, leaping down from heaven.

For while gentle silence enveloped all things, and night in its swift course was now half gone, your all-powerful word leaped from heaven, from the royal throne, into the midst of the land that was doomed, a stern warrior.

For a follower of at least one of the major philosophies of his time this would be absolute dynamite. And it is, of course, this concept of the Logos that the author of the fourth Gospel will use as the overture to his majestic work – telling us that this Word of God has become flesh and dwelt among us.

Leaving the Book of Wisdom to one side for the moment, I want to share with you a personal testimony of what it was like to be a Christian teenager in northern England in the early 1970’s, as we began to become aware of the Charismatic Renewal.

The first fruits of that renewal – with its Catholic roots – was not theological and not even experiential. It was musical. Within a year, the type of songs that we sang in our meetings changed. And one of them that I remember vividly was called, “O what a gift”

The chorus went, “O what a gift! What a wonderful gift! Who can tell the wonders of the Lord? Let us open our eyes, our ears and our hearts. It is Christ the Lord, it is he!”

The song went on, “In the stillness of the night, when the world was asleep, the almighty word leapt

out! He came to Mary, he came to us, Christ came to the land of Galilee.”

Apart from the fact that this was one of the few times that Mary was mentioned in our gatherings, the idea of the Word of God leaping out grabbed my imagination.

Imagine my surprise when, deciding that I ought to read those “extra books of the Old Testament” that Catholics seemed to consider important, there, towards the end of the Book of Wisdom, I found the verse that the song was quoting.

For while gentle silence enveloped all things, your all-powerful word leaped from heaven,

he leaped out from heaven into the midst of the land that was doomed, a stern warrior.

And imagine my surprise, my brothers and sisters, to find out this week that for 45 years I have misinterpreted this verse.

So excited was I to find this verse, that I did not read it in its context. I thought that the writer was meditating on the crossing of the Red Sea, and that God’s word was leaping out to defend the Israelites from the hosts of Pharaoh.

Not so. This verse, and in fact the verses that form our first reading, are not a meditation on the Red Sea, but on the Passover – on God’s care for the children of Israel in the midst of their persecution and rejection by the Egyptians

Exodus 12 tells us that the LORD himself will pass through the land to slay the firstborn, passing over the houses whose doorframes are marked with the Blood of the Lamb. The writer of Wisdom, meditating on this, tells us that it is God’s Word who does that, he leaps out, sword in hand.

It is my understanding that the first reading at Mass on Sundays is there to provide background for the Gospel. We can certainly see that Wisdom gives today’s Gospel that broader context.

Jesus tells his little flock not to be afraid, because the Father has given them the kingdom. They have to exercise faith in something that is not yet a visible reality. In this they model the heroes of the Old Testament, of which our second reading spoke. But they also are called to demonstrate the faith of the little ones, the children of Israel in Egypt, cowering in the face of Pharaoh’s opposition, but confident in the promises that God had made to their forefathers.

Jesus tells his little flock to stand ready and alert, like good stewards waiting for their master to return. Wisdom tells us about God’s people “awaiting the salvation of the just”.

But as is so often the case, these first readings not only contextualise the Gospel, but help us to enter into it more deeply. Wisdom tells us, “For in secret the holy children of the good were offering sacrifice and putting into effect the divine institution.”

Wisdom’s writer is meditating on the children of Israel offering their Passover sacrifices behind closed doors, in obedience to God’s command.

What about those who first read the words of Jesus gathered together by St Luke? Called to faith, called to stand alert, they also, in secret, will be offering sacrifice, and joining with one heart and mind in the divine institution of the Holy Sacrifice of the Mass. They are the New Israel in more ways than one.

But I think, in closing, what most stands out to me is the theme of the exercise of faith in a time of conflict and opposition.

But the Lord would say to us, “Be of good cheer!” Our struggle is part of a noble heritage. We stand in line with the children of Israel, with the wise contemplatives who gave us the Scriptures, with the saints great and small of the early Church, and not least with our Dominican brothers and sisters who have contemplated the truth through the ages – not in a perfect world, but in worlds very similar to ours. 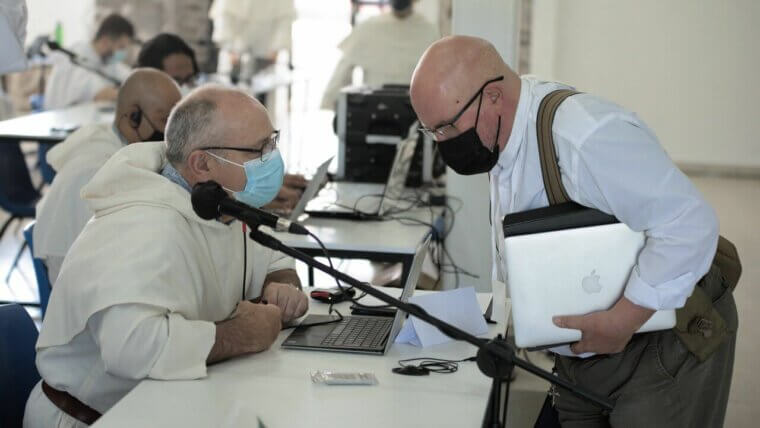 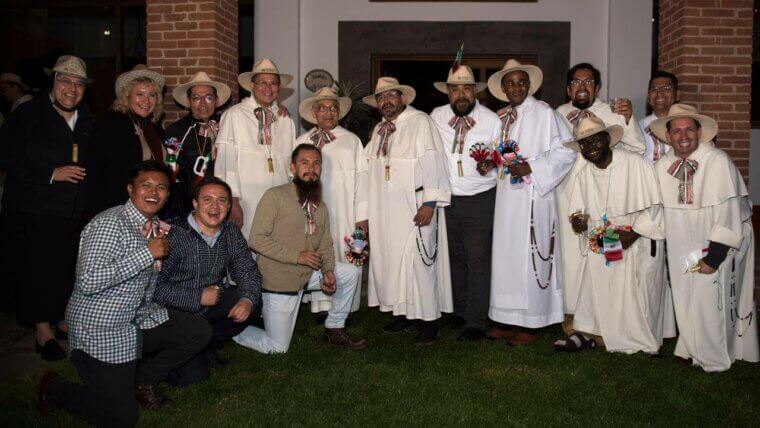 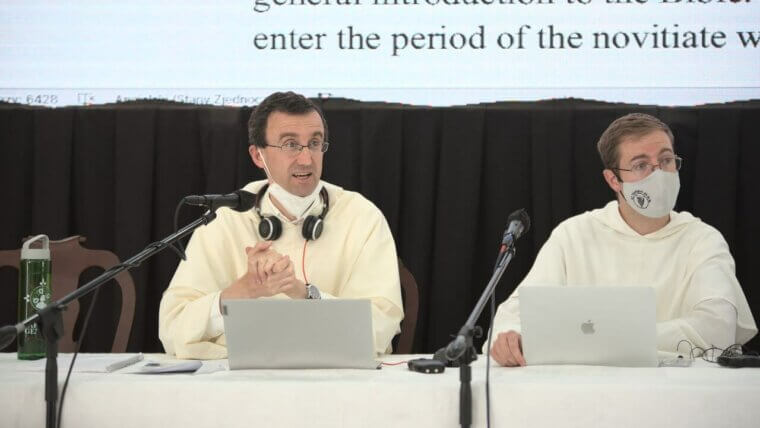 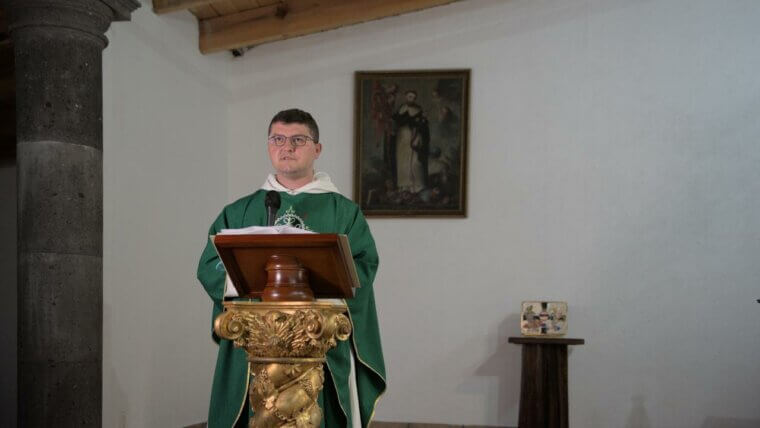